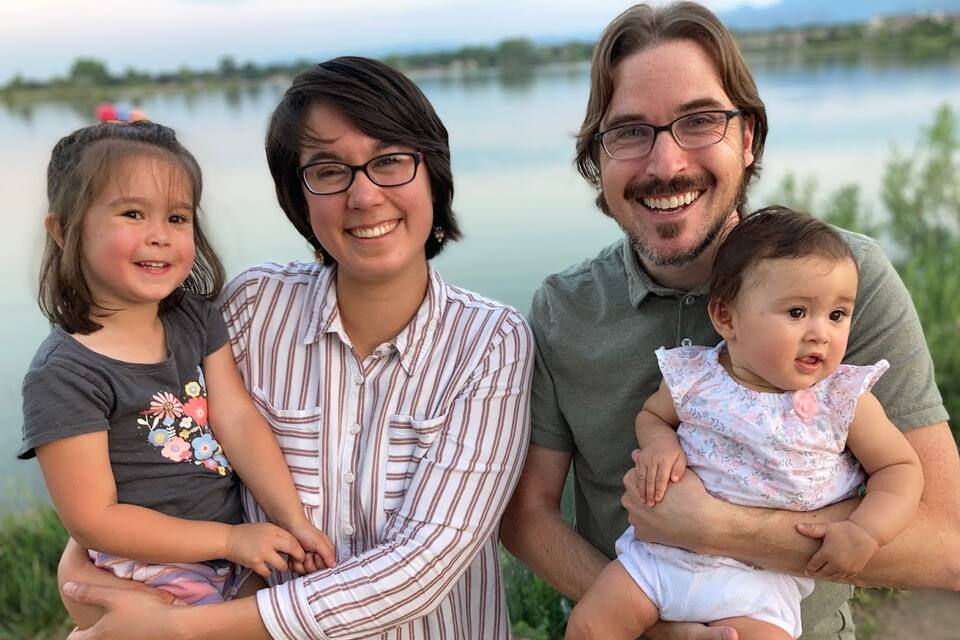 Aaron was born on September 22, 1984, in Biloxi, MS, and was raised in an Air-Force family of 8, living in multiple states and countries throughout his youth.  At 10 years old, he gave his life to Christ (in the Catholic church), but never truly understood what it meant to follow Him whole-heartedly until he was stationed in Korea with the U.S. Army at the age of 28.  It was there that he re-committed himself to Christ and felt called to full-time ministry.  As a young adult, Aaron received a BA in Theatre Arts from UW: Eau Claire and was a professional actor for five years before enlisting in the Army in 2012.

Hannah was born on July 27, 1992, in Pittsburgh, PA, and was raised as a “Pastor’s kid” in a family of 8. At 13, understanding her fallenness, she repented, committing her life to Jesus. Her faith was challenged when her mother died in 2010. While earning her BS in Spanish Education at Taylor University, she rebuilt her Christian worldview and responded to God’s call to teach overseas in 2014.

That year, Aaron and Hannah first met. Aaron was stationed in Korea with the Army and Hannah was teaching at an international Christian school.  It was there that they fell in love with one another, and with Asian culture/people!  They were married on July 2, 2015, in Fort Bragg, NC, and have two children: Sapphira (4 years) and Victoria (1 year).

From 2017-2020 Aaron and Hannah were Church-Planting Missionaries with e3 Partners Ministries in Denver, CO while Aaron also obtained an MA in Christian Studies at Denver Seminary.

Over the past eight years, God has used Aaron and Hannah’s time in Korea, various ministries, mentors, friends, prayer, and their mutual missional hearts for the lost, to direct their path towards serving as long-term missionaries in Japan beginning July 2022!

Aaron and Hannah continue to pray for God’s guidance and provision, holding an “open palm” to how God will use them to pursue an indigenous disciple-making movement in Japan with OMF.