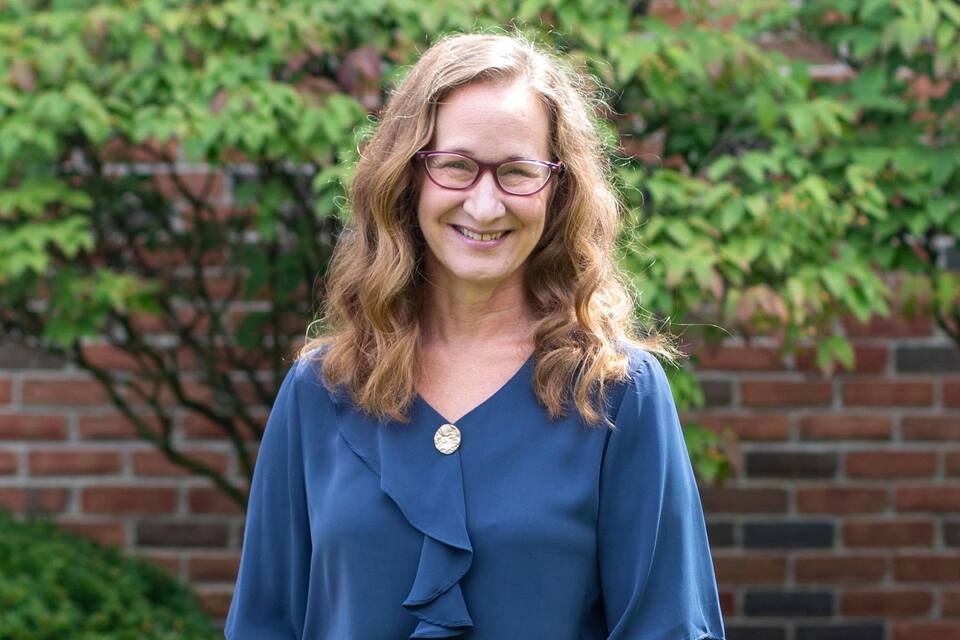 Dear friends and family,
Happy Independence Day! Since the seasons don't change a whole lot in Thailand, I find it hard to believe it is July already. I apologize for taking so long to get a prayer letter out! May and June were very busy months for me as I had a lot of work to do to prepare the children's program at our OMF Thailand Conference at the end of June. Thank you to those of you who were lifting up the conference in prayer. Praise the Lord that all went well!

Here is some of what our team in Maha Sarakham has been doing for the past two months:

The Month of May
We were very sad to hear of the passing of one of our former students, Golf. He was 25 years old and working to support his family (father and grandparents). We are not sure of the circumstances of his death but we know that he was suffering from depression and hadn't kept in contact with his university friends. He had overdosed on his anti-depression medicine, was hospitalized for a period of time and then released. Soon after his release, he had heart problems and died. Attending a Buddhist funeral is a very depressing experience for those of us who know about the hope of Christ. The only comfort we have is knowing that he had heard about Jesus while he was a student with us, which is a privilege very few Buddhists have had! 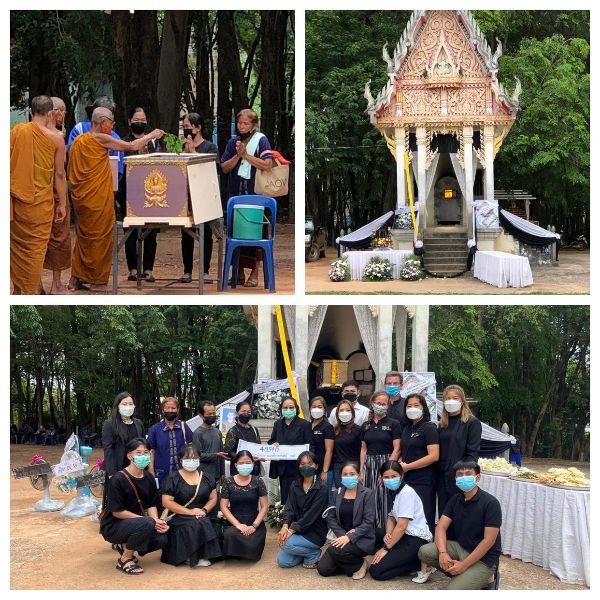 Top left: Cleansing the body with holy water. Each person attending the funeral does this. (We did not). Top right: On-site cremation is the final step of the funeral service. Center: MSU students, some professors and us with Golf's family holding a sign with the amount of money donated from our group.

On a less serious note, the rainy season started in May this year. We had a lot of rain the beginning of May which caused another problem for me... 2 snakes getting into my house!! The first snake got into my kitchen from a gap under the screen door. This happens often enough in Thailand for them to have a snake retrieval department which came and removed the snake for me. The second snake got into my house from a hole in the wall near my washer less than one week later! My kitten Millie alerted me to it and I asked a neighbor to come and help me. Although the snakes were not poisonous, both experiences were terrifying for me and this now makes three times I have had snakes in my houses in Thailand. I have now sealed all the holes and gaps and hope this never happens again! 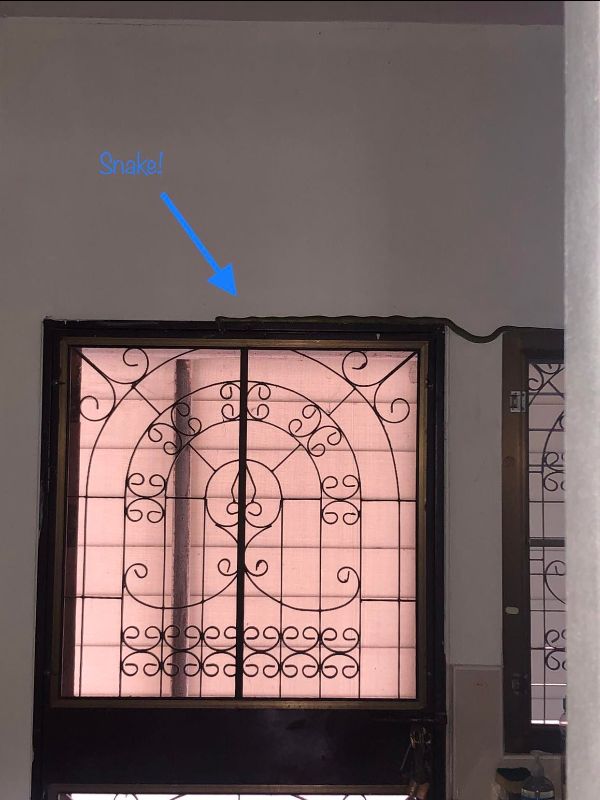 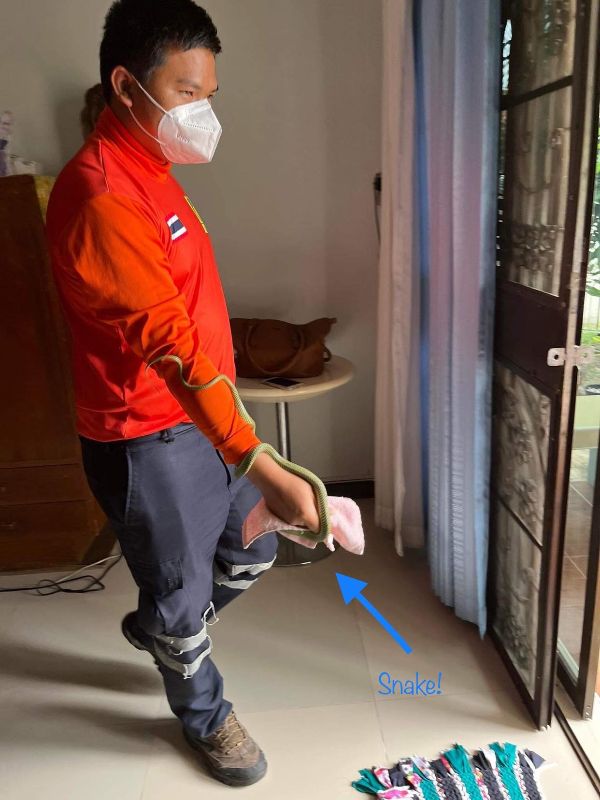 The Month of June
In addition to my preparations for the OMF Conference, my team reached out to The Maha Sarakham Labor Office to teach the staff English during the university break. The Labor Office is where we receive our work permits which we are required to have with our Religious Affairs visa. We had up to 18 staff members attend our class and they really enjoyed it. We will have dinner with them on July 6 which will conclude our time with them.

We were able to have four Zoom English classes with some students studying Pharmacy. We shared with them the story of the prodigal son and will also have the opportunity to be with them for an overnight trip July 8-9. 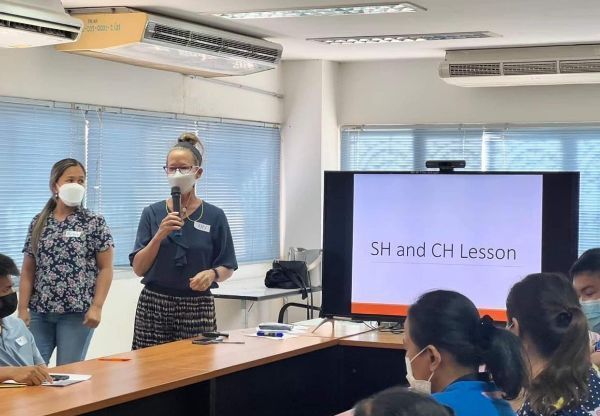 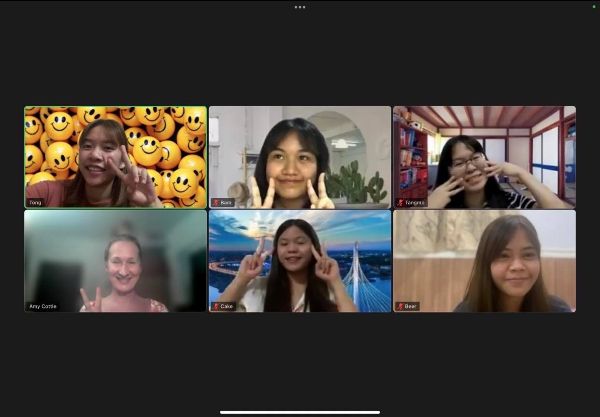 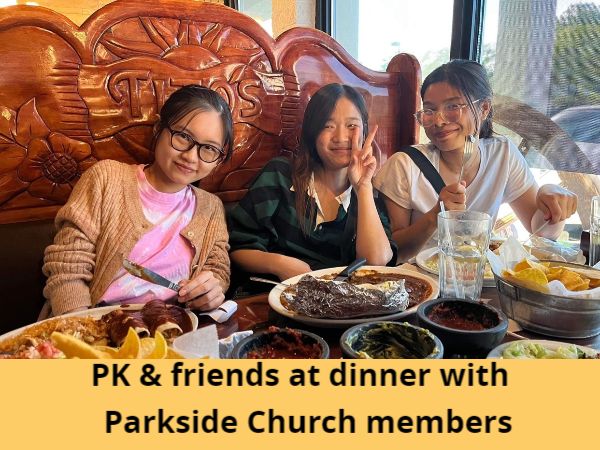 I wanted to thank all of you who have been praying for PK, a Thai student who is in Ohio. She is now working at the Hilton in Fairlawn. And a special thank you to those of you who have reached out to PK and her other Thai co-workers by taking them to out to eat, dropping off care packages, etc. She is limited in what she can do on her days off since she has no transportation so the acts of kindness mean a lot to her.

The new school term began on June 27. It is good to see students back on campus in full-force. Motorbikes everywhere! We will open the student center this month telling the story of God from Creation to Resurrection. Praise the Lord for this unique and wonderful opportunity!

Thank you again to all who are praying for the work in Maha Sarakham. God remains faithful as you also have faithfully prayed. Our prayers and our labors are not in vain!

I am Amy Cottle, serving in Thailand since 2014. I work in student ministry at Maha Sarakham University. Maha Sarakham is located in the northeastern part of Thailand called Isaan. It is the region of Thailand that is the least reached with the good news of Jesus Christ. Since there are very few Christians on campus and no Christian organizations, we focus on evangelism through Bible story telling in our 180 Degree Student Center.