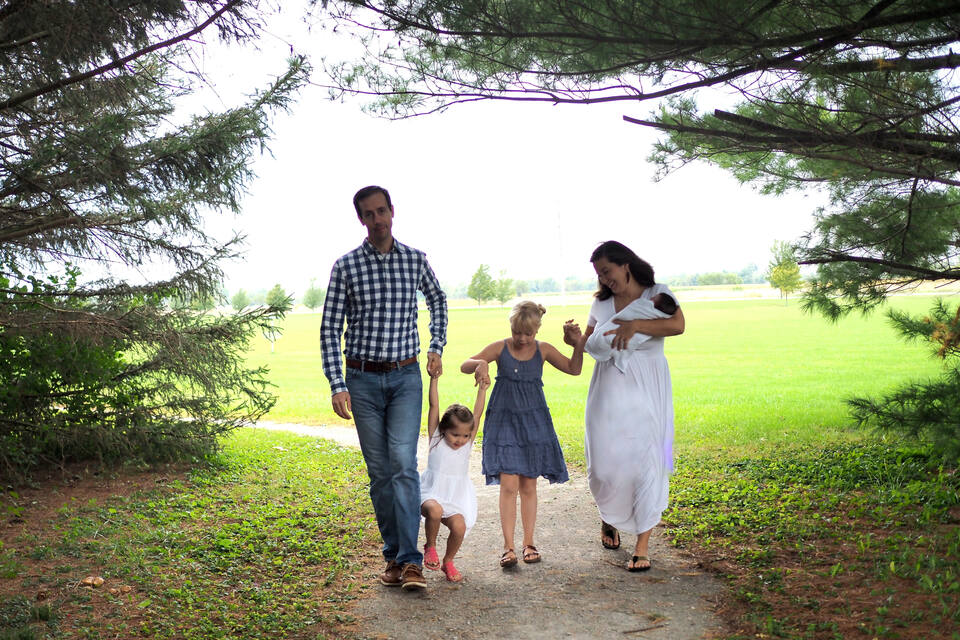 Aaron and Nikki Rhoades were married on August 6th, 2015.  They have three daughters, Abbey is 9, Clara is 4, and Kamille is 1. Aaron was born and raised in Springfield, Illinois. Nikki was born in Taipei, Taiwan and raised there and in San Diego, California. Nikki grew up in a Christian home and Aaron grew up in a non-religious background. He eventually adopted New Age beliefs.

Aaron was born again in 2012 while working as a contractor in Afghanistan. His coworkers led him to Christ. His heart was changed instantly after saying the salvation prayer and he knew there was no going back. He has committed his life to serving and following after Christ. Nikki committed her life to Christ at a young age and felt God calling her to missions after her first mission trip at 11. As a teen, she pursued a godly life, but took a detour in her early twenties. She is grateful for God’s grace and redeeming love as He welcomed her back into His loving arms. She now has a deeper and stronger faith than ever before.

Nikki had felt God calling her to missions. Once she fell away from God and returned, she believed that her opportunity to be a missionary had passed. However, when Aaron and Nikki were dating, he expressed a calling on his life to pursue mission work and asked her how she felt about joining him in the mission field. She was delighted that she was still able to pursue the desire God had placed in her heart. They have since been growing and preparing for the life God has for them. Over the years, God has placed on their hearts a burden to disciple the working class people of Taiwan and to take care of orphans.

Aaron and Nikki are excited for this next season of life and are delighted to see where God takes them.