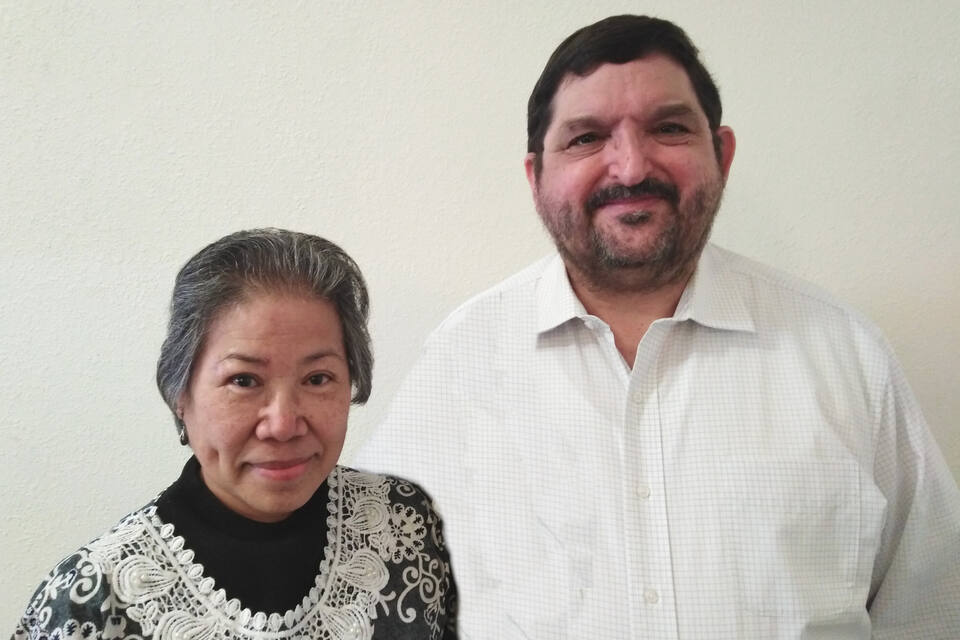 “Mentoring is a relational experience through which one person empowers another by sharing God-given resources.”  (Paul Stanley & Robert Clinton)

We continue to relate to the next generations of Filipino church, parachurch, and mission leaders.  Amor does this by mentoring women.  Jay mentors men.  We share God-given resources with them.  We get to see God using this to empower these leaders in their new or continuing ministries, to His glory.

Jay and Amor Hallowell have been missionaries with OMF-International in the Philippines since 1990.

From 2002 to 2014 Jay taught New Testament, Hermeneutics, Missions and other courses at the Biblical Seminary of the Philippines (BSOP) while Amor taught English and Christian Education.

In 2014, Jay became the Field Director of the OMF Philippines Field, leading 75 missionaries.  Amor mentored a variety of ladies and helped new missionaries to learn language, culture, and world-view.

In March 2020, Jay was diagnosed with Diffuse Large B-Cell Lymphoma.  His doctors ordered him to go to the USA for treatment.  He turned over his Field Director duties.  We were then able to travel to the USA just before Covid-19 travel restrictions began.  After six  grueling cycles of chemotherapy Jay was declared to be in remission in August 2020.

While Covid-19 continued to be an issue in the Philippines and Jay continued to recover from the lymphoma and chemotherapy, we stayed in the USA.

While in the USA, Jay served as a consultant and a mentor to leaders in the Philippines.  Amor continued her ministry of mentoring female leaders.  Jay and Amor also served their home church in Denver in various ways as well as helping our church network with a church plant in northwest Denver.

Thank you for your continued support and prayers.