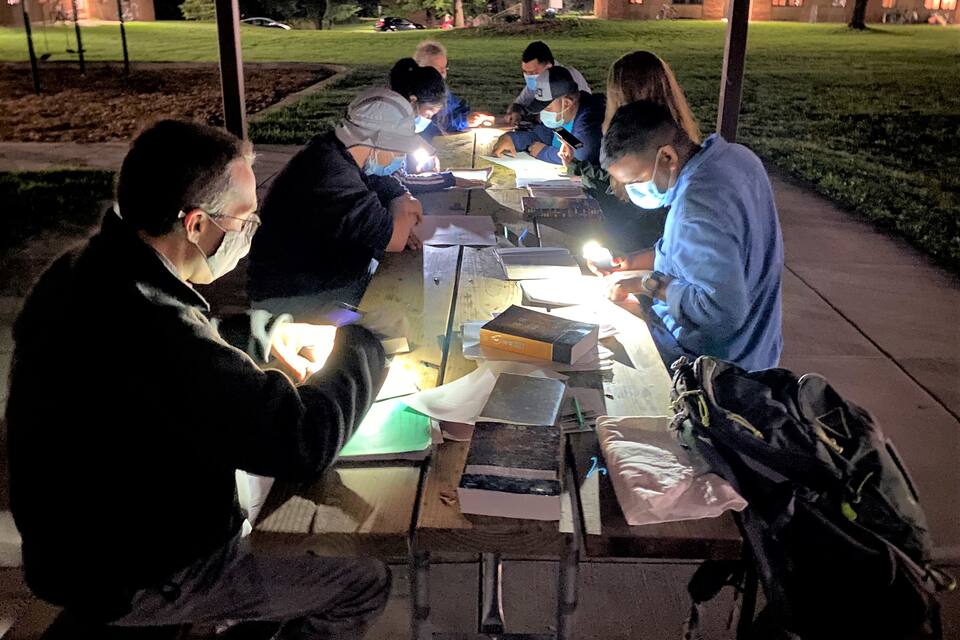 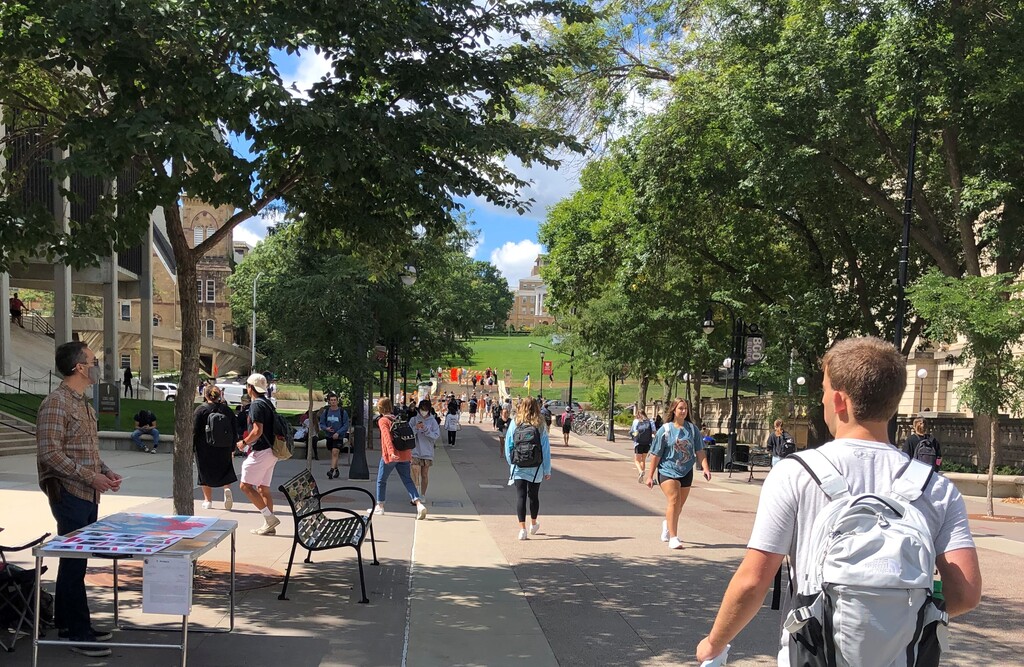 Since before the beginning of this new fall semester, our teammate Kyler and I have been setting up a display table with a world map, some photos of our ministries and activities, and some flyers in the heart of the University of Wisconsin – Madison campus. Starting conversations with students and professors has led to some great discussions, and many chances to pass out flyers advertising our Bible studies, social outreach events, and English conversation times. One student from a Muslim background talked with us quite in depth about his family and religious background, and trying to navigate two cultures blended together. Today, two Korean ladies and one from Malaysia carried on a light-hearted conversation with lots of laughs, and left with flyers about our ministries. Many others have signed up to receive email updates about weekly events. Please join us in prayer for the thousands of new international students and visiting professors from over 130 different countries!

The Kroll family has been serving with OMF's Diaspora Returnee Ministries (DRM) team in Madison, Wisconsin since September of 2019. They are working with Thai and other East Asian international students at the University of Wisconsin. The Krolls studied Thai language from 2007-2008 in Lopburi, Thailand, and then served in campus ministry at Naresuan University in Phitsanulok, Thailand from 2008-2011. After a two-year home assignment, the Krolls returned to Chiang Mai, Thailand in 2013 to work in missions mobilization among Thai and tribal churches in North Thailand, teaching the Bible and mentoring indigenous believers in evangelism and church-planting. The Krolls returned to the USA in 2015 to help family members battling cancer and to recover from some of their own health issues which had developed on the overseas mission field. During their time in the USA, Jesse completed his Master of Divinity degree at Asbury Theological Seminary's Florida Dunnam Campus in Orlando. The Krolls have recently transferred from the Thailand field of OMF to the DRM field. They are excited to continue their calling to reach the nations through international students and visiting scholars who have come to study on the American college campus - future leaders who will be returning to impact their own unreached people groups and other ethnic groups around them!