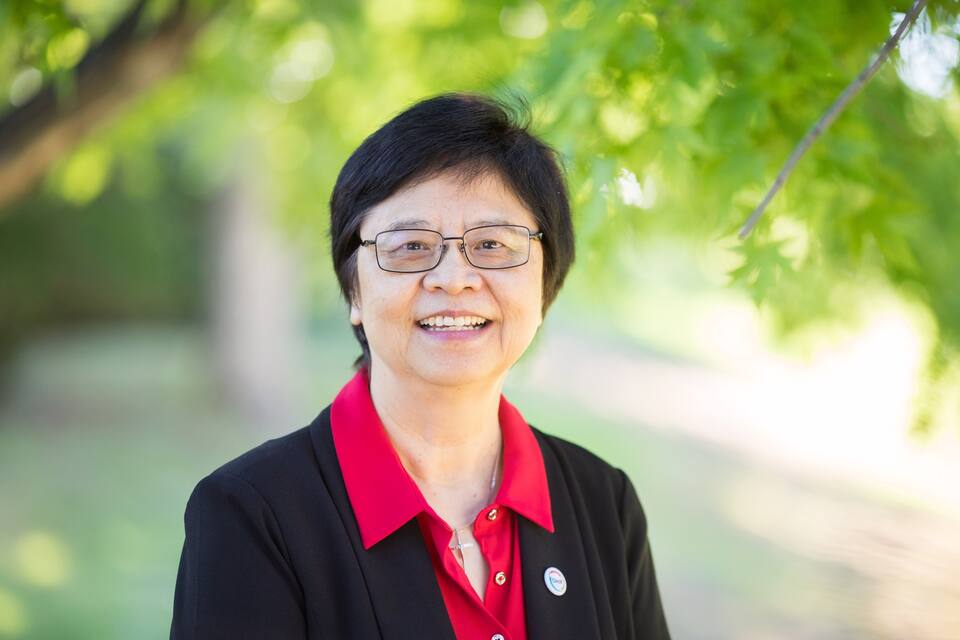 Jill received her Missionary calling through the Bible verse: “It is too small a thing for you to be my servant……… I will also make you a light for the Gentiles, that my salvation may reach to the ends of the earth.” (Isaiah 49:6 NIV)

Jill resigned from NASA in 1990 to go into full-time ministry in Thailand as a missionary apprentice for two years.  She returned to US for further training in 1993.  After graduation from San Jose Bible School, she joined OMF International in 1995, and went as a Missionary to Thailand.

After receiving language/cultural learning and working with a senior missionary and local churches in Central Thailand; in 1997, she became the first OMF missionary designated to pioneer church planting among the Thais in Northern Thailand. Started from scratch alone and later with the coming of OMF missionaries, they planted two Thai Churches – Chiang Mai Grace Church and Maemo Grace Church. Subsequently, Jill helped Chiang Mai Grace Church to plant three Thai sister churches in Chiangmai province. She also co-founded another Chinese church in Chiangmai, Thailand, with other co-workers.

In the process of church planting, she has been actively involved in personal evangelism at the university and hospital in Chiang Mai. For the past 24 years , her home in Chiangmai always open for hospitality, student and adults Bible study groups and disciple training.   Those Thai disciples has called to be Missionaries, pastors, student workers, seminary teachers, church leaders through out Thailand and overseas.

Her passion in training of the Thai and Chinese for cross-cultural mission work is a response to the Great Commission from our Lord Jesus Christ.

It is her prayer that more Thailand churches can be involved in cross-cultural mission to the many Chinese nationals  coming to Chiang Mai.  There is a inter-related 3 in 1 plan:  (i) to lead fellow Christians in Thailand to plant more mission- minded Thai churches (only 0.54% of the Thai population are Christians, much work remains to be done towards achieving the target of establishing 60,000 Thai churches); (ii) with Thai churches to plant Chinese churches in Chiang Mai cross culturally, (iii) Nurturing/training of more Thai and Chinese cross-cultural  missionaries. Networking/Partner with Christians/Organizations who has the same vision to achieve this goal.