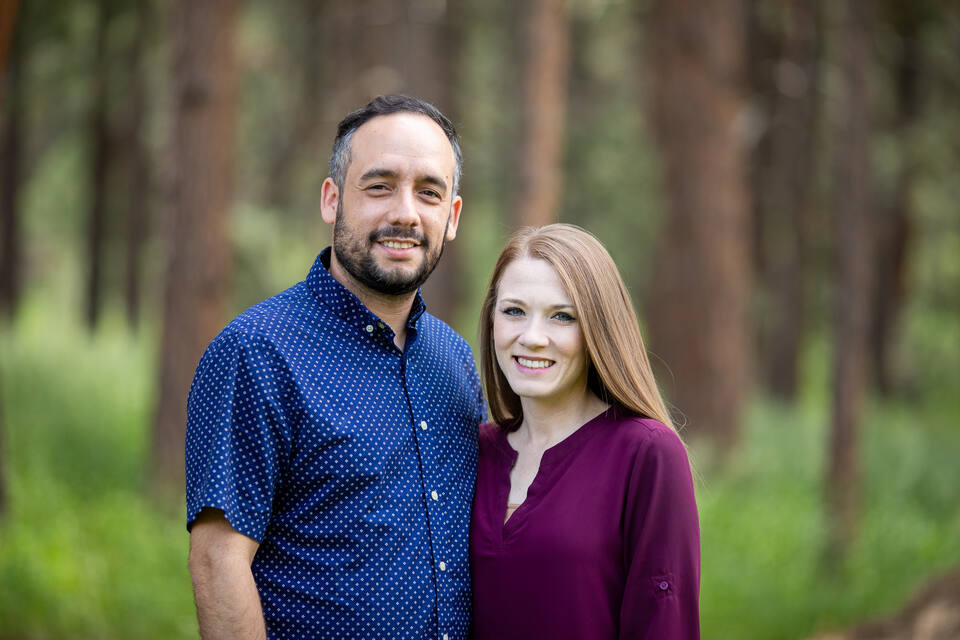 Hi! We are the Tavarez Family.

Ray was born in Brooklyn, NY, but moved to Puerto Rico when he was eight years old. He accepted Christ at the age of 16 when one of his friends invited him to church. His interest in missions began shortly after when he met some friends that were missionaries in Senegal. Fast forward a few years later: After graduating from the University of Puerto Rico, Mayagüez, Ray went to work in finance in New York. Recalling his interactions from grade school, he felt the Lord was calling him to mission service overseas. He decided to commit to a full year of mission work where he was able to work in several countries in Central America, South East Asia, and Africa. Upon his return, Ray decided to pursue his master's from Dallas Theological Seminary, where he just graduated with his ThM in May 2021.

Megan was born and raised in Texas. She grew up in a Christian household and accepted Christ as her Savior at the age of 7. Around the age of 14, she felt her call to missions but was not sure what that meant. However, her interest was piqued and as the years progressed, the Lord continued to deposit dreams and desires to serve on the mission field long term. She received a Bachelor of Fine Art in Photography and a Master of Social Work, both from UT Arlington.

Ray and Megan met at a mutual friend’s birthday party. It was actually the topic of missions that started the initial conversations between the two. Married in 2019, the two decided to pray and seek God for direction regarding their next steps about missions and the Lord led them to Japan and to OMF. In Japan, Megan and Ray will be working with church planting teams in unchurched and unreached regions. By God's grace, their desire is to see a thriving and flourishing Japanese church that is wholeheartedly pursuing God and His kingdom.

“Declare his glory among the nations, his marvelous deeds among all peoples.”
- Psalm 96:3