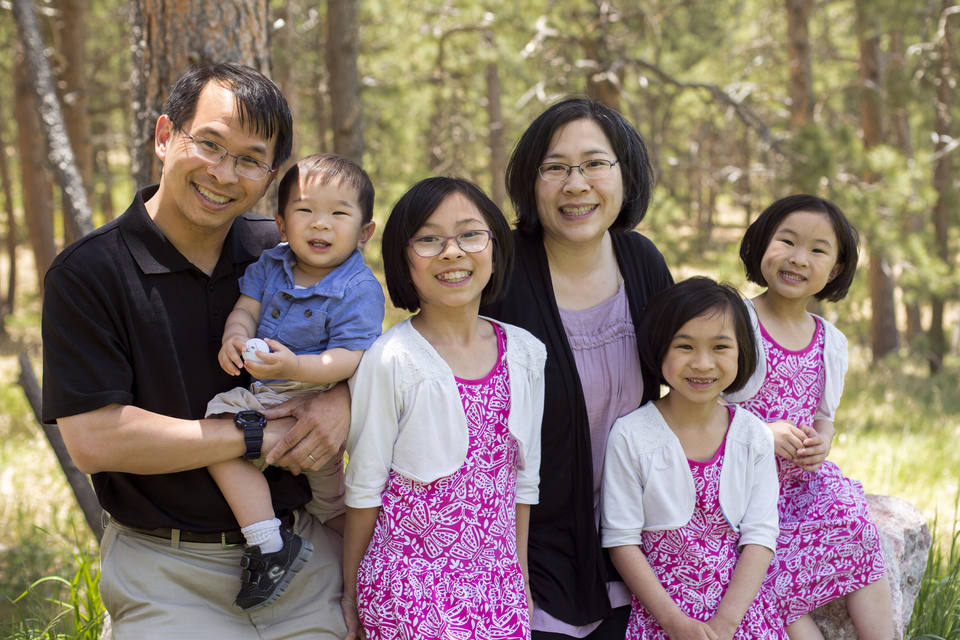 Prior to marriage, Simon had a heart for missions through the prompting of the late singer songwriter Rich Mullins. Simon had served in short term missions in 2001 in New Mexico/Arizona Navajo Reservation and in Africa (Rwanda). Hana loved working with children and did a short term missions trip with OMF in Taiwan during the summer of 2002. When Simon and Hana were married they knew that God had missions in store for them, they just did not know when, where or how. After their first child, Faith was born in 2008, they began to apply to missionary service in Taiwan with OMF.  However, shortly after they began applying, their daughter began having severe health issues. They then felt that God was asking them to wait in order to refine their faith. God grew them in many areas during this time. Simon started a job with The Salvation Army that allowed him to work in ministry and in the workplace at the same time. Simon and Hana were also able to serve in different ministries at church (small groups, children's ministries, missions ministries) and grow in other areas (such as Mothers in Prayer and Bible Study Fellowship). In 2012, tragedy hit their family when Simon's younger sister, Gloria, passed away at the age of 35. This and three other close family and friend's deaths in 2017 made them re-examine if God was now calling them to apply as missionaries to serve in Taiwan. Simon and Hana decided to take a step of faith and ask God to open and close doors to whatever He was leading them to. After receiving good scholarships to Trinity Evangelical Divinity School, Simon left his Salvation Army position as Assistant Finance Director in fall of 2017 to take courses in the areas of counseling and theology. He felt that God was opening this door so that it would be a good way to prepare him for missions. God also opened the doors for a Program Assistant position in a elementary school and a part time job as a Corporate Chaplain to help with the finances and to continue to minister to people. At the end of the year in 2017, Simon took one of his daughters, Bella, to Taiwan on a vision trip. It was there that God confirmed his call for Simon missions.  It was easy that he could easily connect with the Taiwanese people. He realized what a blessing it was that he had been taught the Taiwanese language by his grandmother and that Hana's parents had spoken Taiwanese and Mandarin during her earlier years. It is by God's providence that He has also been preparing their children for missions as they go to a public school that teaches Chinese.  Although bringing a family of six to the mission field is no small task with so many daunting requirements that need to happen in order for them to depart, Simon and Hana know that if it is truly God that wants the Hsu family to be missionaries in Taiwan, He will make all things possible. As OMF's founder Hudson Taylor said, "God’s work done in God’s way will never lack God’s supplies.”